Some lucky NUAST students attended a day hosted by The University of Nottingham. (Science - 13/07/2018) 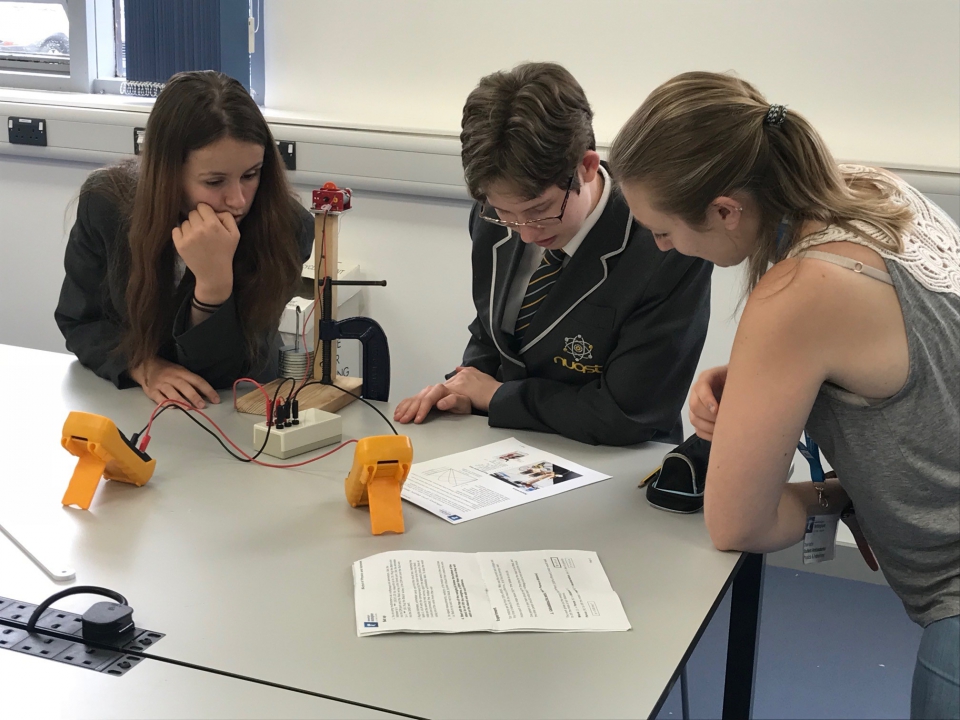 On Thursday 12th of July a group of eight Year 10 students attended a ‘Girls in Physics’ taster day at the University of Nottingham’s Physics department. The day began with an introduction to some of the University’s female physics graduates and PhD students who described their routes through education. After this we were lucky enough to be addressed by Ed Copeland (Professor of Physics) before the lab experience began.

The first experiment outlined an actual GCSE scenario regarding an electric motor and calculating its efficiency. All of the practical work they took part in had a focus on experimental error and uncertainties and was as close to replicating a university lab as the students have ever experienced. NUAST students performed exceptionally, achieving accurate results and interpreting the usual sources of error well.

After an impressive campus tour we were treated to a lecture by Dr Meghan Gray about her impressive achievements to end up as an Associate Professor in Astronomy and Particle Theory in Nottingham.

Finally we were able to experience an exciting array of quantum levitation, a musical tesla coil, a flaming Rubens’ tube and liquid nitrogen experiments before the Senior Experimental Officer, Chris Staddon said farewell to us.

The experience provided an incredibly useful insight into studying Physics at university and our students particularly enjoyed the interesting lectures and practical elements from the day.